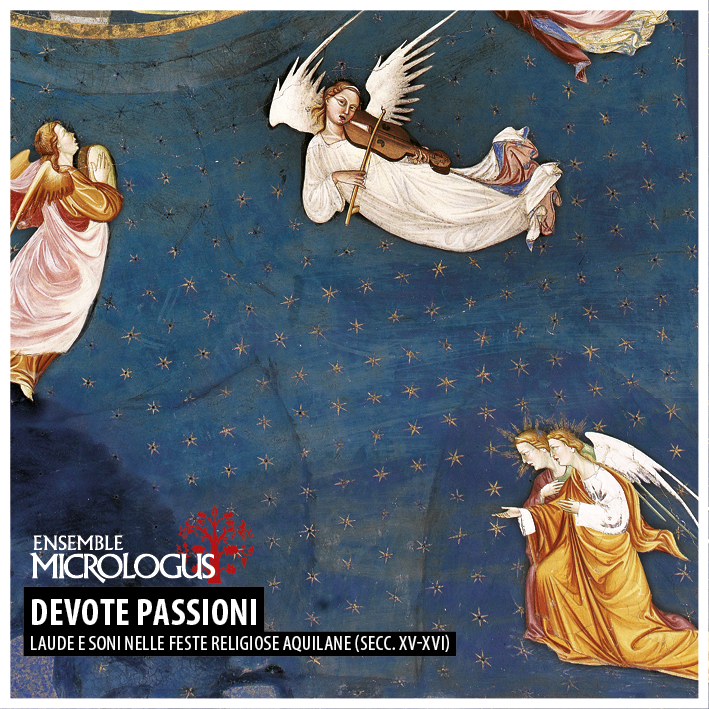 The program Devote passioni promotes the rediscovery – and first modern performance – of vocal and instrumental repertoires used in the town of L’Aquila during religious celebrations in medieval and Renaissance times.

The city of L’Aquila has a tradition of spirituality dating back to an emblematic and unique event: the institution of the “Pardon” by Pope Celestine V (1294). The papal Bull of indulgence itself invites the congregation to sing hymns and chants, immediately giving this religious tradition a musical turn. Local sources have preserved no less than 200 texts for such “chants”, sometimes with melodies. The latter were often based on popular canzoni a ballo (dancing songs); indeed, during the Pardon, it was customary to perform these dances. Celestine’s special prescription, adopted by the city’s religious brotherhoods, flourished anew thanks to the preaching of the Observants, Franciscan friars who would often sing and direct their hearers to “sing lauds” both from the pulpit and as part of edifying plays.