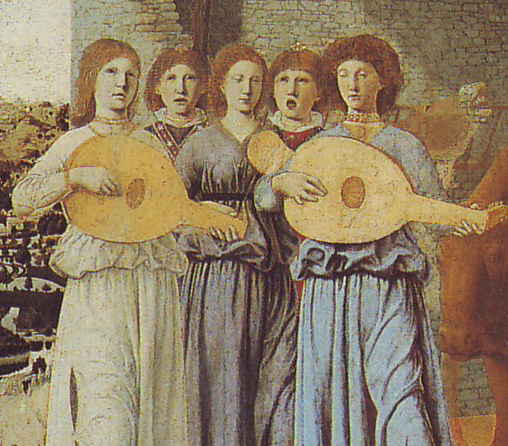 This programme brings together Antonio Zachara da Teramo, Francesco Landini and Johannes Ciconia, certainly the most important composers in Italian music history of the 14th century: all three can be termed European musicians, because their polyphonies crossed borders and were still popular more than a century later.

Francesco Landini, the greatest composer of the Trecento, never travelled much; however, some of his works were copied in various 15th-century sources, including some foreign ones. Zachara da Teramo, who was the “Antipope’s cantor” during the Great Schisma (1378 – 1417), may be considered the “most European” Italian composer of his time: as part of the Pope’s entourage, he witnessed at least three Conciles, where he had the chance to listen to fellow composers and exchange music. Johannes Ciconia, who was active in Italy from 1391 until his death (1412), probably met Antonio da Teramo during his stay in Rome as part of the retinue of Cardinal Philippe d’Alençon. This may explain mutual influences between Ciconia and the papal composer and cantor, Zachara da Teramo. 7 musicians